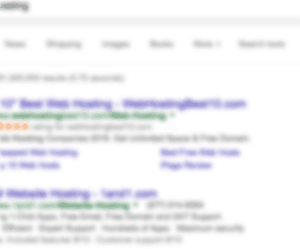 ut of the first slot on Google. Now we are ranked very well on a term that if I was to buy the word in a PPC campaign, the word is worth $188 a click through. The pressure on this word is tremendous, and it would not be ‘easy’ to knock it out of its #2 slot, as advertised. But some guy with a camera who can make a YouTube video and has a Link Network for sale decided he was going to explain how it could be done.

When you’re not up on what is real and what isn’t, things can be very dangerous. So my client asked us to fix the stuff this guy recommended. The video makes it sound like if you don’t fix these things, that it would be easy to know the page out. Fix implies there is something wrong. And, it makes it sound as though with a few easy clicks of a mouse, the problem can be fixed. Now of course if you actually do what this guy recommends to insulate the page, it would dethrone that page, and maybe even the website. This is why when watching internet videos you have to have a basic understanding of what your watching so that your able to spot advice that may not actually work for your circumstance.
So I have a page that is ranking, and the video’s first recommendation is adding words, so there was 1200 of them on the page. Funny thing is, the second I do that, I change the page, and I almost can guarantee it won’t rank. He also recommended changing H1 tags to H2 tags, again, doing something that would more thank likely HARM the page. Keep in mind its ranking #2 behind a HUGE directory that you will never dethrone. Now, if another page came along and did these things, would they out rank this page? Probably not, because the entire site is very powerful and it is laid out properly.

Next thing he pointed out; the site was weak because it doesn’t have great links. And to that point he is correct, and if someone wanted to come along and put up a page that has better links, yes, its true they might beat our site. But doing it legitimately, is very very hard to do. I would agree that we could have a better link profile. When you already have normal links, you then need higher value properties, and that requires the client to take a more philanthropic roll in the community, as well as partner with larger entities in the community, and that just flat out costs money to do.

Trust Flow was also brought up as a place where we are lacking, but didn’t analyze the fact that we have a lot of zero valued links, some of which are our own sites. And of course when you average a zero in it brings down a score, but there was no discussion of that. Additionally, at one point we had to disavow many links from a link network company, just like the blackhat SEO techniques that this video maker’s company runs. However, because there is no access to our WMT’s account, it can’t factor that in because it doesn’t have access to our disavow file. I have some of this going on with this site because our clients point to us, and many do it, but are simple brochure sites with non-monitizable anchor text. They are trying to be helpful and I appreciate that.

So what was the solutions provided to dethrone our site? The overarching premise is correct; develop a site with a better link profile than ours. In other words, build a more powerful website. And that is 100% correct in its truest sense.

Lastly, the video went on to list a myriad of ways for us to acquire links. If you were a rookie that really didn’t understand and thought you found a solution, or the motherlode of advice, and actually followed what was said, you would blow your site up…so here is how the video said to improve the link profile.

Send articles to article directories and put articles out for syndication. As most of us know, this is not something you would do in the modern era. Your article should be so good that you will acquire links to it because you have said something people want to hear. In fact, take this post. I anticipate there to be some links formed to it over time. With another Penguin update rumored to be on the horizon and happening any day now, this would be a great way to get our website penalized.
Specifically, he mentions going to PR Web and named them. Google is now wise to PR Web, and in fact its making issues. Yes it’s a cheaper alternative to the proper way to release a Press Release, but there is the rub. How are real releases released :)? Its not though PR Web.
He advocated adding the site to directories that Google says are okay. Well, a directory that Google says is okay today, may not be okay tomorrow. We already have positions with real directories. Fake directories are becoming more and more frowned upon. Okay, maybe I should’t be so cynical to call the directory fake. How about this, lesser-known directories.
Basically, yes, you need a site with good content, but not 1200 words, unless this is what you need to say what you have to say. (This blog post is @ 701 words).
Create links naturally. Do not look for short cuts, gimmicks, buying links, joining syndicates, and so forth. Yes, I get that the private blog networks are now all the rage for developing links, but I can’t help but think that the Google police are not far behind on blowing the whole thing up, and on a site that is ranking as well as this one, you would NEVER EVER put the site in jeopardy of being banned for screwing around with links. Anyone that is going to show a spreadsheet of places to acquire links is pretty well suspect anyway.

On a side note, I love my business partner. I asked him about this video and he said, “Yeah, well, we could change the H1 tag and I wouldn’t want to put the 1200 words on the page because the thing is ranking #2. Do we really want to monkey with the page? And yes, the guy is right that we need links. But, doing it though someone that sells links…?” The rest of the assessments, although we can always use links, and now we need really high-profile ones, the plan to dethrone our site is awesome, IF we actually were participants in it and helped blow it up. But an outside guy walking in and doing it with his site, ain’t never gonna happen.

Be back soon with the “How do I get my post on Facebook to show up to more than two people?” answer.