There is a new disease emerging in the web design world. It affects web designers, who through the power of  WordPress, makes them look like programmers. It’s called Plug-initus, or the over use of plug-ins on a website. Fortunately there is a cure.  First let me say we love WordPress and are one of the most knowledgable WordPress web hosting companies in the market place. Luckily, we have a programmer here that can repair many of the  symptoms caused by those with Plug-initus. Some of the side effects of this disease are security threats, downtime, website slowness, and Google just hating you (this one can be fatal!). 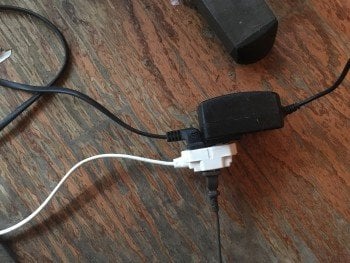 What is a WordPress plug-in?

By way of a small history lesson, WordPress is an open source platform that allows developers to build elements of the website that are not included in the basic build and plug them into the website, thus the name plug-ins, and in fact really has become an entire cottage industry on its own.  As I write this I realize I am showing how long I’ve been in this business. Initially WordPress had no guidelines to do this, so you would install one plug-in from one vendor and it would crash the website because it conflicted with another plug-in from a different vendor.  You always had to make sure you backed your site up, because sometimes this would make the repair unrecoverable.

The reason for this is that the code is appended to the basic WordPress files, and because all the plug-ins were written by different people, they often would overwrite code that was needed by the others.  This also made updating a WordPress install extremely difficult because the core files were changed, and an upgrade with the wrong plug-ins and Bam, no more website.

So WordPress came up with a core build and an API that standardized the plug-ins across the board, and the world of at least the web hosting company dramatically improved. And the end user could start adding standard type plug-ins with little thought of compatibility or affects on security, because WordPress themselves already stabilized a bunch of it.

As with any other “itus” type disease, the patient doesn’t realize they are causing their own issues. Many of these folks are younger webmasters or new business owners that weren’t around in the days before WordPress stabilized situation, so they just go crazy and install every plugin they can find that does something cool.

The way to tell a standard plugin is usually that they have thousands and thousands of installs.  Yoast, Ninja Forms Silder Revolution, and W3 Cache are a few good ones. One exception, Jet Pack, in our opinion is insecure and should be avoided. There are some really good plug-ins out there, but you have to be smart when you select them.

#2 Add ONLY what you need
This little tip will be hard because to an addict to plug-ins person, you need them all. But understand the more that are added, the more there is to keep track of when the site is slow. You will likely also forget why you put the plugin there. So the best advice is to only use the most important ones. I will eventually share what we think are the needed plug-ins and the ones most sites will need. We know it will be hard, but it is important.

I can’t tell you how many would-be’s call me because they blew up their site and they did not back it up. If your going to experiment with plug-ins, then please, please back up your site. We like Updraft. It does a great job. Backs up to your dropbox or Google Drive and will rotate for you if you set it up right.

This will allow the recreational plug-in addict a place to test a plug-in before they break their site. And when it all goes sideways it can easily be restored from a backup.

#5 Do not Customize Plug-ins Until You Kick the Habit

We have run into some folks who try to customize their plug-ins or use a developer to enhance a plug-in they have written. The issue with this is that the second you start to make customizations, you invalidate the API that keeps everything in compatibility. So the next plug-in explodes the site. So if you intend to have any custom plug-ins written, your days of a plug-in junkie need to be in the rearview mirror.

And remember, all these plug-ins easily can cause security issues. This is why Google will hate you and go as far as to mark your site as hacked.  And remember to check your themes too. Often purchased themes have embedded issues as well. The best tip of all is use only what you absolutely need.